You know how you feel when you’ve had the flu, and been secluded in a room without the fresh air? Huddled in your house or bedroom, shivering under the covers, trying to heal, then when you are feeling better, you fling open the windows and let in fresh air? That is Orfila Winery right now. Reeling from the sudden and unexpected death of its winemaker, Leon Santoro, the company has mourned his passing and now is ready to pick itself up and carry on.

Situated in northern San Diego County in the San Pasqual Valley, this boutique winery has brought in a new winemaker Justin Mund. He’s young. He’s fresh. He brings new ideas to Orfila. He is flinging open the windows and letting in the fresh air. “Let’s get the wine bottled that has been aging. Let’s get this year’s harvest into barrels. Let’s move on.”

The path to premium wines starts in the vineyard and Justin brings vineyard knowledge to the chemistry lab. Originally from Healdsburg, CA. Justin, studied viticulture in Santa Rosa before continuing his studies at Cal Poly in San Luis Obispo. With a degree in Fruit Science, he has worked many aspects of a winery; vineyard worker, cellarman, assistant winemaker, and now winemaker.

Justin whose enthusiasm is infectious is excited to help beyond the winery and to other San Diego grape growers and vintners. He is talking about offering training discussions of different winemaking methods to assist winemakers in expanding and making excellent wine.

San Diego was California’s first wine country dating back to the Mission San Diego de Alcala, California’s first mission. Wine was produced there in the 1700’s, just a short 23 miles south of Orfila. To the north, the Pechanga Indians were growing grapes, now commonly referred to as Mission grapes. Some of these grapevines, planted in approximately 1870, have been discovered and winemakers are experimenting with these ancient grapes in current varietals.

2010 has had crazy weather for California. The summer was cool, there was some rain and only in October and November were the temperatures in the 100’s. We should be seeing some unique wines from Southern California for 2010. With Justin’s dedication to making great wine, Orfila is confident that they will continue to produce award winning wines. 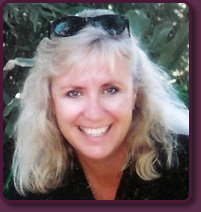